I “officially” discovered the Art of Storytelling in 2004 but I long before "inherited" my love for stories from three natural storytellers in my family: my mother, my grandmother and my great aunt.

Beside my career as a performer, I run storytelling workshops for adults and children in Italy and abroad.

Since March 2012 I have been running a monthly storytelling event called LE STORIE NEL CASSETTO where stories are also shared "from the floor".

Since 1996  I have been working professionally as an actress in theatre, cinema, television and radio.

And about my studies:

In 2011 I took a Master Degree in Community Theatre and Dramatherapy at Università degli Studi di Roma "La Sapienza" in Rome.

I got my degree in acting at the National Academy of Performing Arts in Rome, Accademia Nazionale d'Arte Drammatica "Silvio d'Amico", in 1996.

“Messico e Nuvole” tells a story made of love, life, friendship, hopes, dreams and… secrets.
It is the story of Charo, Cristina, Maddalena, Mariana, Eloisa, Daniela and Jose. It is the story of every woman loving, dancing, struggling, cheating, laughing and running. It is the story of all the men they shared their lives with.
It is through the sharp and witty eyes of Charo Mendoza that Angela Sajeva will guide the audience in the sunny city of Puebla, under the cloud of a mexican sky which is not so very different from the italian one…

It is the story of someone leaving
and someone staying.
It is the journey
from a small road in San Vincenzo la Costa - Calabria
to the big streets in far-away Toronto – Canada.
“Storia di Antonia” is based on the words of those people who left their families, their village and their homeland to “seek fortune” beyond the Ocean. Their lives will be told by the eyes, ears and heart of a young girl named Antonia and her story will “weave” with traditional tales, songs and lullabies from Italian folklore.
It is a journey in our recent past to tell the story of our roots, our hopes, our dreams and our forgotten memories.

A video excerpt of the storytelling performance"MARIA. STORY OF THREE WOMEN"
in London in 1996 (eng-ita version) 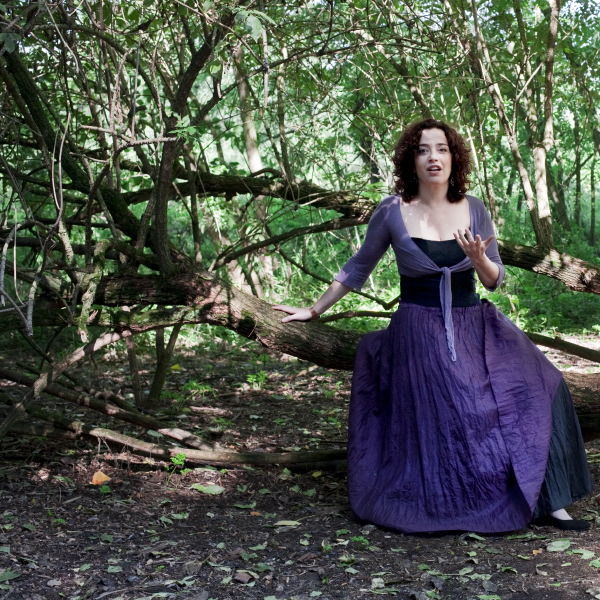